There are Doughnuts in Baseball? 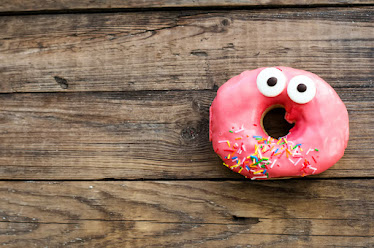 A baseball doughnut is a weighted ring that fits over the end of a baseball bat, used for warming up during a baseball game. A doughnut is thought to help increase bat speed. Doughnuts can weigh as little as 4 oz. and as much as 28 oz. Players feel baseball doughnuts increase bat velocity because after warming up with a baseball doughnut then decreasing the weight after taking the doughnut off, the swing feels faster. The heavier load of the weighted bat stimulates the neural system and increases muscle activation during lighter bat swings. Researchers have found that muscle contractions are stronger after reaching near maximal loads. One research study also found that additional weight added to the bat may strengthen the muscles of the forearms and wrists. Baseball doughnuts are based on the theory of complex training, which alternates the use of heavier and lighter weights to increase explosive power. By increasing the number of motor units recruited, this training increases muscle performance.

Posted by The Baseball Barn at 6:51 AM