Regulations on the Bat 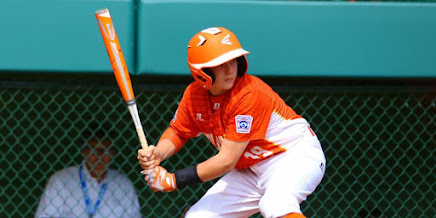 In the American major leagues, Rule 1.10(a) states:

Bats are not allowed to be hollowed or corked—that is, filled with an alien substance such as cork which reduces the weight. This corking is thought to increase bat speed without greatly reducing hitting power, though this idea was challenged as unlikely on the Discovery Channel series MythBusters.

Both wooden and metal alloy (generally aluminum) bats are generally permitted in amateur baseball. Metal alloy bats are generally regarded as being capable of hitting a ball faster and farther with the same power. However, increasing numbers of "wooden bat leagues" have emerged in recent years, reflecting a trend back to wood over safety concerns and, in the case of collegiate summer baseball wood-bat leagues, to better prepare players for the professional leagues that require wood bats. Metal alloy bats can send a ball towards an unprotected pitcher's head up to 60 ft 6 in (18.44 m) away at a velocity far too high for the pitcher to get out of the way in time. Some amateur baseball organizations enforce bat manufacturing and testing standards which attempt to limit maximum ball speed for wood and non-wood bats.

In high school baseball in the United States:

The bat is not permitted to be more than 2+5⁄8 inches (67 mm) in diameter in proximity to width and length.

The bat may consist of any safe solid uniform material; the National Federation of State High School Associations rules state only "wood or non-wood" material.

To be legally used in a game, an aluminum bat has to be a BBCOR (Batted Ball Coefficient of Restitution) bat because it has been determined that a pitcher loses the ability to protect himself when this ratio is exceeded.

There are limitations to how much and where a baseball player may apply pine tar to a baseball bat. According to Rule 1.10(c) of the Major League Baseball Rulebook, it is not allowed more than 18 inches up from the bottom handle. An infamous example of the rule in execution is the Pine Tar Incident on July 24, 1983. Rules 1.10 and 6.06 were later changed to reflect the intent of Major League Baseball, as exemplified by the league president's ruling. Rule 1.10 now only requires that the bat be removed from the game if discovered after being used in a game; it no longer necessitates any change to the results of any play which may have taken place. Rule 6.06 refers only to bats that are "altered or tampered with in such a way to improve the distance factor or cause an unusual reaction on the baseball. This includes, bats that are filled, flat-surfaced, nailed, hollowed, grooved or covered with a substance such as paraffin, wax, etc." It no longer makes any mention of an "illegally batted ball". In 2001, MLB approved the use of Gorilla Gold Grip Enhancer in major and minor league games as an alternative to pine tar.

Posted by The Baseball Barn at 6:05 AM