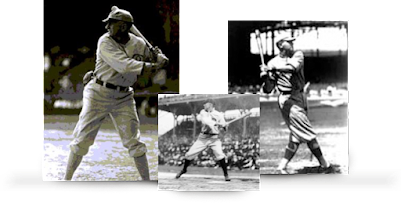 However, the dominant hitters of that era, Ty Cobb (photo, left), “Shoeless" Joe Jackson, Sam Crawford, Honus Wagner, “Home Run" Baker, et al, clearly used rotational mechanics. As you look at Ty Cobb to the left, this is an action photo as he is at toe touch, just before heel plant and the beginning of his swing-technique. The hands depict a “hitch” he had, but he returned to the universal launch position like 95% of HOF players did.

While the concept of hitting “level to the ball" was not in vogue because there were no fences, the dominant hitters, i.e., those that generated the highest number of total bases, did use “torque" and hip rotation to generate their power. The swings of that era were “flat" to “down"—on occasion, even a “chop"—to better take advantage of large outfields and porous infield defenses.

Hitting balls in the air in those days was tantamount to failure. It was near impossible to hit one over an outfielder’s head. Most home runs in those days were “gap" line drives which got past the outfielders and just keep rolling.

The game of baseball in those days was one of strategy, centered on bunts, hit-and-run tactics and base stealing. Not to mention field managers that would water down the area in front of home plate. Most runs were “manufactured" and every run was critical.

Posted by The Baseball Barn at 6:02 AM