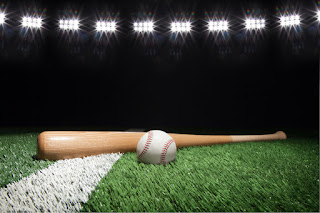 Foul poles, if present, help umpires judge whether a fly ball hit above the fence line is foul (out of play) or fair (a home run). The poles are a vertical extension of the foul lines at the edge of the field of play. The outer edge of the foul lines and foul poles define foul territory. Both the lines and the poles are in fair territory, in contrast to American football and basketball, where the lines marking the playing boundaries are out of bounds. The minimum distance to hit a home run (along either foul line) is set by baseball rules, generally at 325 feet (99 m).

Before 1931 (with the exception of a couple months in 1920) the foul lines extended indefinitely; a batter was awarded a home run only if a fly ball out of the field was fair where it landed. Now, a batted ball that leaves the field in flight is judged fair or foul at the point it leaves the field. Thus, such a fly ball passing on the fair side of a foul pole, or hitting a foul pole, is a home run regardless of where the ball goes thereafter.

Foul poles are typically much higher than the top of the outfield fence or wall, and often have a narrow screen running along the fair side of the pole. This further aids the umpires' judgment, as a ball that bounces off this screen is a home run. It can still be a difficult call, especially in ballparks with no outfield stands behind the poles to provide perspective. Wrigley Field is notorious for arguments over long, curving flies down a foul line (most notably in left field) that sail higher than the foul pole.

At Major League Baseball fields, foul poles are usually yellow. Those at Citi Field are orange. At Petco Park, there is no foul pole in left field; the pole's function is served by a yellow metal strip along the corner of the Western Metal Supply Co. building. Several parks featuring advertising along the length of the foul pole, with the most prominent example being the advertising from Chick-fil-A at both Citi Field and Minute Maid Park (serving as a pun, with "fowl" being another term for a chicken, the primary meat featured by that restaurant chain).

Posted by The Baseball Barn at 8:30 AM