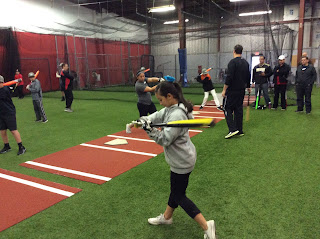 “Shoeless" Joe Jackson is generally credited with being baseball’s first “rotational" hitter. (In those days, it was called “pivot hitting.") He was considered the first “average and power" hitter of the twentieth century. I don’t think there is any question that had he not been expelled for allegedly gambling from major league baseball at the tender age of 31, that the numbers he put up in his career would be even more eye-popping.

In 1911, Jackson’s first full major league season, he hit .408. Military service interrupted his career in 1918 and the Black Sox Scandal ended it after the 1920 season. In his nine full seasons, he averaged 190 hits and 60 extra-base hits. His .356 lifetime batting average was lower than Cobb’s (.367), but his slugging percentage of (.518) was a few points higher. In 1920, he hit .382 with 12 home runs and a .589 slugging percentage. Had he not been banned from baseball, his power numbers would have been even more impressive.

His hitting technique and his fluent style at the plate caught the eye of a young Boston Red Sox rookie named Babe Ruth around 1915. Over time, Ruth emulated Jackson’s hitting movements and perfected them. As he became more proficient with the rotational technique, Ruth’s production numbers and power soared. By 1918 he was hitting 11 home runs a year. In 1919, 29. And, in 1920, he hit 59. This figure totaled more than the rest of the clubs in the American League combined!

One of the most enduring things I have found in all my years in baseball is that it is a “copy cat" game. The “best" hitter will be emulated by the other players. A few years ago, it was Barry Bonds. Today, it is Albert Pujols, Josh Donaldson, Miguel Cabrera and in 1920, it was Babe Ruth.

Interestingly, all players who are emulated seem to be power hitters. Maybe it’s just me, but I cannot ever remember the hitting mechanics of a singles/contact-type hitter being something that others have wanted to copy. Perhaps it’s too difficult to learn, not aesthetically pretty to the eye, or just not productive. My gut feeling is it’s because most hitters want to be run producers.

Ruth’s hitting dominance captivated his peers—and the fans. Attendance skyrocketed as more and more fans turned out to watch his towering home runs leave the ball park. And, as Ruth continued his hitting supremacy, more and more players emulated his hitting movements; they also wanted a piece of the action and glory.

Baseball was now heading towards its “Golden Era" of hitting. This era spawned the likes of Gehrig, Foxx, Ott, Hornsby, Greenberg, DiMaggio, Williams, Mantle, Aaron, Mays, Yastrzemski, Frank Robinson, and Harmon Killebrew. It continues today with Story, Murphy, Arenado, Davis, Stanton, Bogaerts, Pujols, A-Rod, Altuve, Pedroia, Correia, Posey, et al. All are rotational hitters. When you look at the names of the linear hitters mentioned earlier, Nap Lajoie, Eddie Collins, Tris Speaker and “Wee Willie" Keeler, you may shake your head and say, “Never heard of them." But we all recognize the names of the rotational hitters. The above-mentioned hitters read like a “Who’s Who" in baseball.

Why? Simply, because people remember the dominant hitters. They identify with them. These players produce the runs, make the money, and grab the headlines. And, guess what? They all shared a common technique, their hitting approaches were all rotational.