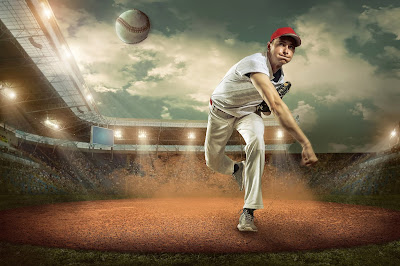 “Your faith is your fortune”.
~ Neville Goddard

Do you have value as a pitcher?

When we think about currency we usually think in terms of dollars or money but those are just mediums of exchange.

What I’m talking about is what creates or what gives value to the medium of exchange and that is your very own energy.

The atomic energy that resides in every cell of your being which really has no limit to it’s value, especially when it’s directed towards your desire.

So what I’m asking you, to ask yourself, is what is your value as a pitcher?

I can tell you this, it has a lot to, actually everything to do with what you believe about yourself.

And if you don’t believe in yourself that you have value as a pitcher, then you are more likely to be allowing of letting other people tell you what your value is.

As within so without.

In this day and age it’s easy to think that if you don’t throw 90+ that you don’t have value.

It’s easy to give your authority away to a high school or college coach because they tell you something critical.

I’m not saying that you shouldn’t be open to constructive observation, but I want you to understand that what you believe about yourself deep down will be reflected back to you… by outsiders like coaches, parents, and other players alike.

Then and only then will you will stop giving your power away and start empowering yourself.

We’re too concerned with what other people tell us about ourselves rather than actually going inside of ourselves and actually developing our own value based on what we’re individually good at.

Especially watching something like the All-Star game and every guy is throwing upper 90’s with ridiculous breaking stuff.

It’s easy to be seduced by watching those games and wanting to be able to throw like those guys but realize it took A LOT of hard work to get to where they are now.

They didn’t start out like that I can promise you that.

Look it takes a lot of courage to be your authentic self, to not follow the crowd and believe what everybody else believes.

So maybe at this point, you don’t throw as hard as you think you should but don’t let that take away from all of the other aspects of the game that you are good at.

And don’t just let what any coach tells you to become a limiting belief about yourself just because it came from a coach.

Zach Greinke doesn’t top 91mph very much but he knows how to pitch and keep hitters off balance.

What I am saying is that velocity has become such a focus for most that it’s taken away from so many other aspects of the game like creativity and being true to yourself.

Don’t let someone else tell you what your value is.

Become the value that is inherent in you and believe in the power of the unique human being you are.

Your faith is your fortune.

Article Source: https://www.pitching.com/blog/whats-your-pitching-currency/
Posted by The Baseball Barn at 10:00 AM No comments:

How to Shorten Swing by "Shallowing" Your Barrel Out

Rich Lovell discusses and demonstrates going from a high hand position at Launch to a lower hand and barrel position into the short Approach position to shallow the barrel for a shorter, more compact powerful swing.

Click Here for Online Hitting Lessons, Video Analysis, Hitting Camps and lessons before 4p.m. through my Epstein Online Academy Page: https://www.spladap.com/epstein-hitting/vvbaseballbarn-trainer.html
Posted by The Baseball Barn at 5:31 PM No comments:

Baseball Hitting Skills: Having a Routine


Having a well-rounded routine at the plate can help build confidence and comfort. Dig into the box with these tips from DICK’S Sporting Goods to find your rhythm and swing.
Posted by The Baseball Barn at 1:50 PM No comments:

Schedule an evaluation, or clinic/seminar with Rich and begin your swing transformation before the next season. Schedule your evaluation through our online scheduling system at The Baseball Barn, contact Rich directly at rjl41061@gmail.com, or if you are out of the area, through Rich's Online Hitting Academy (http:bit.ly/BaseballBarn)
Posted by The Baseball Barn at 11:00 AM No comments: 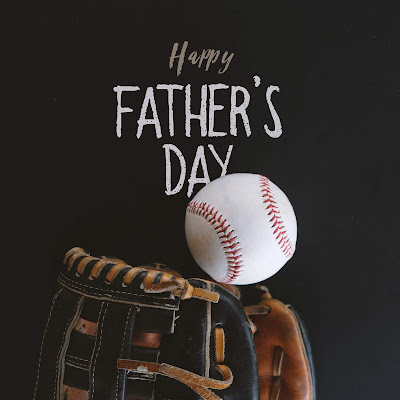 "A Father is someone you look up to no matter how tall you grow"
Posted by The Baseball Barn at 11:00 AM No comments:

Nastiest Pitches of the Week!


Check out the nastiest pitches from the past week all around Major League Baseball
Posted by The Baseball Barn at 10:00 AM No comments:


Learn how to give your second baseman a proper feed for another successful double play with these infield tips from DICK’S Sporting Goods. Find out which standard feed method works best for your game by watching the above video.
Posted by The Baseball Barn at 5:36 PM No comments:

Do Mechanics and Technique Matter? - The Baseball Barn


Rich talks about using technique and mechanics to set up the foundation for a consistent and powerful swing. See more at http://www.vvbaseballbarn.com

Click Here for Online Hitting Lessons, Video Analysis, Hitting Camps and lessons before 4p.m. through my Epstein Online Academy Page: https://www.spladap.com/epstein-hitting/vvbaseballbarn-trainer.html
Posted by The Baseball Barn at 10:00 AM No comments:


Second basemen need to be sure of their double play feeds, too. Find out how to deliver a quality underhand feed for two with these baseball infield tips from DICK’S Sporting Goods.
Posted by The Baseball Barn at 6:12 PM No comments:

Tee Work - How To Use A Tee Effectively - Baseball Barn


Rich gives some great coaching tips on using a tee when coaching a player. See more at http://www.vvbaseballbarn.com

Click Here for Online Hitting Lessons, Video Analysis, Hitting Camps and lessons before 4p.m. through my Epstein Online Academy Page: https://www.spladap.com/epstein-hitting/vvbaseballbarn-trainer.html
Posted by The Baseball Barn at 11:00 AM No comments: