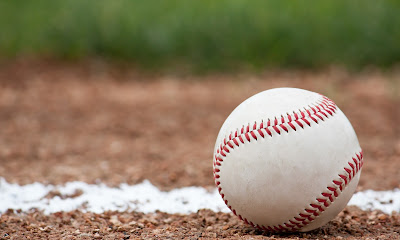 The 2018 National Baseball Hall of Fame class will be announced on Jan. 24, and with it, a new group of legends will be revealed.

That makes now as good a time as any to ask a speculative question: Which current big leaguers might join them one day in Cooperstown? We're not talking about the easy ones: Ichiro Suzuki, Albert Pujols, Miguel Cabrera, the few other superstars who will likely turn into shoo-ins. We're talking about the borderline candidates, the stars who may well be on their way, but aren't there yet.

We ran a similar exercise last winter, but this year's version comes with a twist. Which borderline Hall of Famers actually improved their chances during the 2017 season? Whose Cooperstown resume looks better than it did a year ago? These 10 names should ring a bell. (Note: The historical comps below are informed by similarity scores devised by Bill James and, in this case, are the retired player who plays the same position and is the most statistically similar through their current age.)

When we explored the topic of active, borderline Hall of Fame candidates last winter, I wrote of Greinke: "He'll need to finish his career with more seasons akin to his 2011-15 stretch than his lackluster first season in Arizona if he wants to bolster his dark horse candidacy for Cooperstown."

That's exactly what he did in 2017. In his second year with the D-backs, Greinke shaved more than a run off his 2016 ERA, eclipsed the 200-inning mark, made another All-Star team, won another Gold Glove and placed fourth in the NL Cy Young Award voting. In the process, he entrenched his place in any conversation about the defining pitchers of his era.

Scherzer's third Cy Young Award puts him in rare company. Ten pitchers in history have won as many, and of them, only Roger Clemens and Clayton Kershaw aren't enshrined in Cooperstown (yet).

With the demise of the 300-game winner, the criteria for Cooperstown-worthy starting pitchers has shifted in recent years, and will only continue to do so. By the time Scherzer's name appears on the ballot, he'll likely be judged on the strengths of his dominant peak -- now entering its seventh season.

Relievers are still rare in Cooperstown, and debates over their value in modern, highly specialized roles rage on. They are the main reason Trevor Hoffman, the National League's all-time saves leader, isn't in yet. If Hoffman is enshrined this year, he'll be the first full-time reliever selected since Goose Gossage in 2008.

Specialized or not, few have been better than Kimbrel since he debuted in 2010, and even fewer dominated the way he did in 2017. Kimbrel's fate will ultimately be decided by the collective philosophy of the voting pool, but at the very least, his exceptional '17 campaign may be what catapults him into the conversation.

Molina's case for Cooperstown will be based on his defense, and it will come with its fair share of detractors. Molina's eight Gold Glove Awards are the third most of any catcher (behind Ivan Rodriguez and Johnny Bench), but his offensive numbers won't be enough to warrant consideration on their own. Glove-first stars are rare, but not unheard of, in the Hall of Fame.

Which is why it stands to reason that any additional offense Molina produces from here on would only boost his candidacy. On that front, 2017 offers a conflicted outlook. On the one hand, Molina's batting average and on-base percentage were lower than his career marks. On the other, he put up his second-best single-season home run total and had a career-high 82 RBIs.

The Giants were not very good in 2017, but their catcher, as usual, was. Quietly, Posey enjoyed perhaps his best offensive season since his NL MVP-capturing 2012 campaign. After nine seasons, Posey's 135 career OPS+ ranks second all-time among catchers, behind only Mike Piazza.

That alone says a lot about his Hall of Fame chances, though they might ultimately hinge on how long Posey remains behind the dish full-time. Posey made a quarter of his starts away from catcher last season, more than double the year before. The more time he spends at first base, the more glaring Posey's lack of power will look to voters.

Sabathia's case could end up acting as a litmus test in regards to how voters judge starters of an era where starters were asked to do less than ever before. And his rebound season in 2017 may help sway voters who, before last season, considered him on the short side of the Hall of Fame bubble.

There really isn't a great historical comparison for Sale. He throws like Randy Johnson, but enjoyed much more early-career success. He ranks like Johan Santana in similarity score, but hasn't won a Cy Young or an ERA title. Four of the next nine most statistically similar pitchers are active, and two that aren't were right-handed.

At age 28, Sale still lacks the prestige of a Cy Young Award or an ERA crown. But he does have two strikeout titles and the best career strikeout-to-walk ratio ever among qualified starters. A little more hardware, and his resume may start to stack up among some all-time greats.

After his high-voltage 2017 campaign, Stanton now owns two league home run titles, an MVP Award, four All-Star selections and two Silver Sluggers. He still has a ways to go to reach Cooperstown, but consider his chances to reach some of baseball's biggest power benchmarks.

It's possible Verlander checked the final box on his Hall of Fame resume in 2017: A World Series championship. What else does he have to prove? Verlander now owns a ring, a Cy Young Award, an MVP Award, a Rookie of the Year Award, two wins titles, two no-hitters, an ERA crown, three innings-pitched and four strikeout titles, and the reputation as the most dominant and durable power pitcher of his generation.

Verlander's candidacy for Cooperstown looked murky as recently as two winters ago, when he followed two subpar seasons with an injury-plagued year. But after two redemptive seasons in the third act of his career, Verlander looks as likely as ever to be eventually enshrined. The new hardware should help, too.

Votto commands the strike zone better than any hitter since Barry Bonds, and this season, those on-base skills brought him within two measly points of his second NL MVP Award. By the time Votto's name appears on the Hall of Fame ballot, the voter pool will likely look past the question that's trailed Votto throughout his career: Does he drive in enough runs?

Still, Votto will be a fascinating case when compared to others enshrined at his position. Votto is the game's premier on-base machine in an era that values getting on base above all else. His career .428 OBP is tied for eighth all-time with legendary slugger Jimmie Foxx. But he's driven in only 830 runs over 11 seasons. How will he compare to, say, Hall of Fame first baseman Frank Thomas, who reached base at a similar clip but also hit 344 home runs with 1,183 RBIs over his first 11 years in the league?

Keeping the Hands In The Right Position to Launch

Click Here for my Epstein Online Academy Page: https://spladap.com/sports-platform/site/splash-101-richardlovell
Posted by The Baseball Barn at 1:14 PM No comments:

ProTips: How to Back Up an Infielder


ProTips: Baseball Outfielder Tips: How to Back Up an Infielder
Posted by The Baseball Barn at 12:00 PM No comments:

Stride or No Stride When Hitting?


Rich Lovell discusses swinging with a stride or no stride.

Click Here for my Epstein Online Academy Page: https://spladap.com/sports-platform/site/splash-101-richardlovell
Posted by The Baseball Barn at 2:30 PM No comments:

Schedule an evaluation, or clinic/seminar with Rich and begin your swing transformation before the next season.Schedule your evaluation through our online scheduling system at The Baseball Barn,contact Rich directly at rjl41061@gmail.com, or if you are out of the area, through Rich's Online Hitting Academy (http:bit.ly/BaseballBarn)
Posted by The Baseball Barn at 12:00 PM No comments:

Stride or No Stride for Weight Shift - Do You Need to Stride to Produce Power?


Rich Lovell discusses whether or not a hitter should take a stride. Game situations, pitchers and 'feel' play a role, among other things.

Click Here for my Epstein Online Academy Page: https://spladap.com/sports-platform/site/splash-101-richardlovell
Posted by The Baseball Barn at 1:53 PM No comments:


ProTips: Pitching Tips: The Four-Seam and Two-Seam Fastball
Posted by The Baseball Barn at 12:00 PM No comments:

Click Here for my Epstein Online Academy Page: https://spladap.com/sports-platform/site/splash-101-richardlovell
Posted by The Baseball Barn at 3:11 PM No comments: 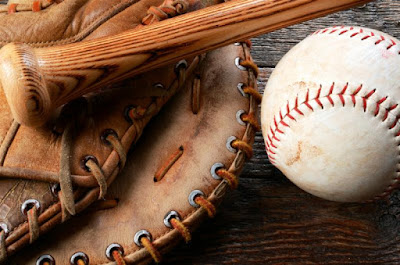 Work with one of only 8 Epstein Hitting Master Certified Instructors.

Hitting Instruction - Identify and find the fix for your swing flaws through video analysis (Youtube channel) schedule either a fan to face lesson, or sign up for the Online Hitting Academy


Don't forget our hitting and pitching packages.
Posted by The Baseball Barn at 12:00 PM No comments: 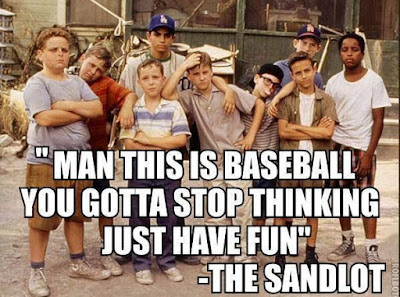 Posted by The Baseball Barn at 11:00 AM No comments: