This Week in MLB History 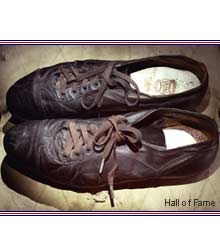 On Aug. 1, 1972, Nate Colbert of the San Diego Padres set a Major League record by driving in 12 runs during a doubleheader sweep of the Atlanta Braves. The slugging first baseman broke the record of 11 RBIs in a twinbill -- a mark shared by Earl Averill of the Cleveland Indians, Jim Tabor of the Boston Red Sox and Boog Powell of the Baltimore Orioles. The 26-year-old Colbert also set a record with 22 total bases and tied a Major League record by clubbing five home runs in the twinbill. As Colbert rounded the bases after hitting his fifth home run against the Braves, he commented to umpire Bruce Froemming: "I don't believe it." Froemming responded in agreement, "I don't either." Colbert, whose lifted his seasonal home run total to 27, would finish the year with a career-high 38 home runs and 111 RBIs.

In a remarkable coincidence, Colbert had attended the May 2, 1954, game at Sportsman's Park, when Hall of Famer Stan Musial of the St. Louis Cardinals also hit five home runs in a doubleheader. "Stan the Man," a 1969 Cooperstown inductee, wore the spikes pictured here during his career with the Cardinals.

Source: http://mlb.mlb.com/mlb/history/mlb_history_thisweekhistory.jsp
Posted by The Baseball Barn at 4:41 PM