Who Created The Modern-Day Umpiring System? 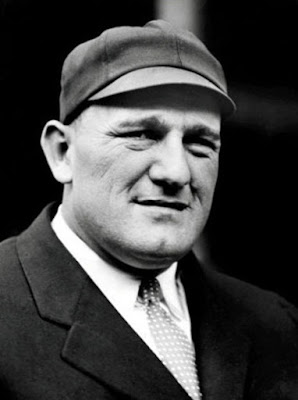 When former New York Giants and Green Bay Packers tackle Cal Hubbard was done playing football, he turned to baseball, but this time as an official, not a player. Hubbard was an umpire for the American League between 1936-1951, working four World Series and three All-Star games during his career. After being forced to retire due to a hunting accident that damaged the vision in his right eye, Hubbard became supervisor of umpires for the AL, finally retiring in 1969. Hubbard came up with the idea that umpires needed to be positioned better on the field in order to make more consistent calls, so based on his suggestion, Major League Baseball implemented the four-man umpiring crew used in each game and that plan is still in use today. Hubbard is the only man in history to be elected to both the baseball and football Hall of Fame.
Posted by The Baseball Barn at 10:30 AM