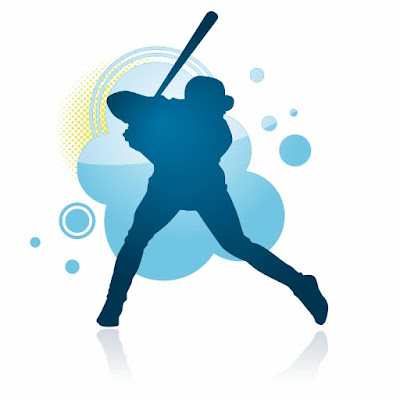 Looking for more information on baseball and softball hitting? Richard Lovell and The Baseball Barn, combined with the Epstein Hitting System, offers up to date instruction with video annotations for those wanting to improve their knowledge and keep up-to-date on the latest in hitting instruction and mechanics. Are you a player, or parent of a player wanting direct, interactive coaching from an expert in the field of hitting? Schedule an initial evaluation with Epstein Hitting Master Certified Instructor. Receive customized training plans and in-depth video analysis of your hitting and how to fix swing flaws. Contact Rich Lovell at The Baseball Barn now to schedule your initial evaluation.
Posted by The Baseball Barn at 9:30 AM No comments:

Coach Rich Lovell goes over bat selection based on grip-knob shape. What's best for you?

Online Hitting Academy: http://spladap.com/sports-platform/site/splash-101-richardlovell
Posted by The Baseball Barn at 11:31 AM No comments: 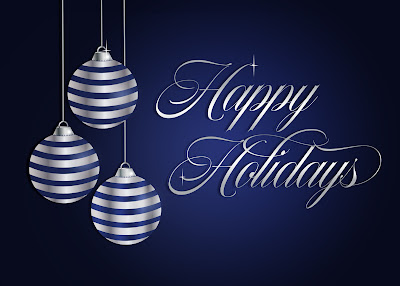 Best Wishes for a Wonderful Holiday Season and a New Year Filled with Peace and Happiness
Posted by The Baseball Barn at 10:30 AM No comments:


Coach Rich discusses the swing for an outside, middle and inside pitch/swing. Does it change. Take look and see. See more at http://www.vvbaseballbarn.com or http://spladap.com/sports-platform/site/splash-101-richardlovell
Posted by The Baseball Barn at 9:48 AM No comments: 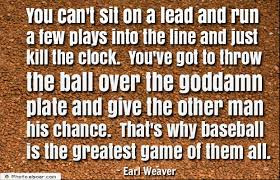 Posted by The Baseball Barn at 9:30 AM No comments:

Identify Your Number One Swing Flaw


Coach Rich goes over how to identify and correct your swing flaws. See more at http://www.vvbaseballbarn.com
Posted by The Baseball Barn at 9:30 AM No comments: 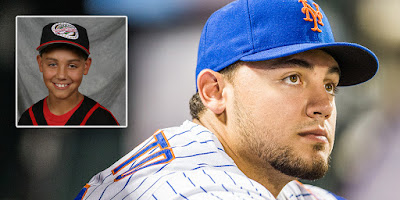 In all of sports, there are few clubs that are as exclusive as the “World Series Slam” - players who have competed in the Little League Baseball®, College, and Major League Baseball World Series. That fraternity added a member when the New York Mets completed a four-game sweep of the Chicago Cubs in the 2015 National League Championship Series as rookie Michael Conforto became just the third person in the history of baseball to play in all three major World Series tournaments, joining Ed Vosberg and Jason Varitek.

Mr. Conforto was one the key contributors on the 2004 Northwest Region Championship team from Redmond North Little League from Redmond, Wash. He ﬁnished the tournament tied for ﬁfth in batting average, going 6-for-10 from the plate in three games. In his ﬁrst game of the Little League Baseball World Series, he faced off against fellow current MLB outﬁelder, Randal Grichuk, who played in both the 2003 and 2004 World Series with Lamar National Little League from Richmond, Texas. Both Mr. Conforto and Mr. Grichuk homered in that game.

“Anytime you get to be put in the history books, your name will be in there forever, and that’s pretty awesome,” said Mr. Conforto. “I knew I was one of a few guys who had done all three, but I haven’t won any of them. The next goal is to win a World Series.”

“I think I gained as much conﬁdence as you can as an 11-year-old. I was probably naïve to how big the stage was, but looking back on it, I’ve been able to say that I played in a big game with big circumstances,” said Mr. Conforto. “It really is a big deal at the Little League World Series – there are a lot of people watching and a lot of people rooting you on. I think I gained a lot of conﬁdence from that, and I don’t think I’d be the same player as I am today if I hadn’t gone through that experience.”

At Oregon State University, Mr. Conforto was a standout for the Beavers baseball team. In 2012, he was named Pac-12 Freshman of the Year. His sophomore year, he hit .328 with 11 home runs and 47 RBI, leading his team to the 2013 College World Series (CWS) in Omaha, Neb. At the CWS, he went 7-for-16 at the plate and was named to the All-Tournament Team. He was selected as a ﬁrst-team All-American by the American Baseball Coaches Association (ABCA), and was drafted by the New York Mets as the 10th overall selection in the 2014 MLB Draft. Looking at his baseball success, though, Mr. Conforto is quick to point to his broader sporting background.

“I also played basketball, soccer, and football,” said Mr. Conforto. “I had to make sure my passion was there and you have to try things. You learn things from different sports and it makes you a better baseball player. Find what you like and work hard.”

Article Source: http://www.littleleague.org/media/llnewsarchive/2016/September-December/LL-grad-michael-conforto-makes-baseball-history.htm
Posted by The Baseball Barn at 10:00 AM No comments:

What Is Bat Drag? How To Fix It


Coach Rich goes over how to identify and eliminate bat drag. See more at http://www.vvbaseballbarn.com
Rich Lovell - Epstein Hitting Online Academy - (link below) http://bit.ly/BaseballBarn
Posted by The Baseball Barn at 9:30 AM No comments: 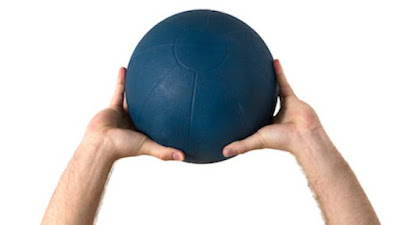 The key to activating the neuromuscular system is through the eccentric component of muscular contraction.
Let me explain in simpler terms. Most everyone has done a bicep curl with a dumbbell. When you lift the weight up (the curl) you are contracting the muscle or shortening it.

This is the concentric component of the contraction. When you let it back down you are stretching the muscle. This is the eccentric contraction.
When you jump up in the air you are contracting the muscle and when you come back down and land you are stretching the muscle. You are shortening and stretching the muscle and this is called the plyometric effect. In order to throw hard you need to be explosive. To be explosive you need to have a well defined neuromuscular system. Some people are born with a more activated neuromuscular system and some with a less defined system. Either way this system can be improved.
How do we improve it?
We need to train it.
We need to activate it.
Medicine ball training targets the core of the body. The core of the body is responsible for transferring force from the lower body to the upper body. The core of the body acts as a stabilizer which is extremely important in the pitching delivery. The medicine ball is resistance. When you apply force to that resistance with intensity you are training the body to be more explosive. You need to be on a good conditioning program that incorporates both lower body plyometrics and upper body plyometrics. You need to be doing these exercises with high intensity and proper form.
The cool thing is, these exercises can be utilized by younger kids...as long as they are using proper form and proper weight. I would suggest getting kids involved in this as early as nine years old. Over time, let's say when a nine year old gets to high school, his neuromuscular system is going to be much more developed than if he had not done this type of training. In the pitching delivery the body is stretching and shortening, rotating and going through different planes of movement. These movements need to be efficient. Faulty movement patterns decrease neuromuscular efficiency and end up in abnormal joint stress This is where injuries occur.
Training the neuromuscular system by utilizing medicine ball and plyometric exercises, using proper form, is a great way to build more explosiveness and to also keep the body safe from harm. Over time this can have a big impact on reaching your highest potential velocity and reducing your risk of injury.
Article Source: Pitching.com
Posted by The Baseball Barn at 10:00 AM No comments:


Richard Lovell, Epstein Hitting Master Instructor explains how the hitting cue "weight back" could be robbing you of power and consistency. See more at http://www.vvbaseballbarn.com
Posted by The Baseball Barn at 9:00 AM No comments: