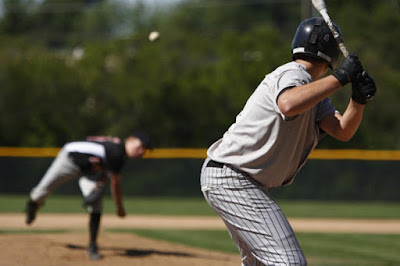 Energizing its focus on providing baseball and softball opportunities for young athletes, Little League to discontinue the Big League Baseball and Softball divisions, providing offerings for children 4 to 16 years old

Since its founding in 1939, Little League® International has paved the way in creating opportunities for children to have an organized sporting activity in their community. Continuing the organization’s efforts to provide local league volunteers and families with the best support and structure for operating local Little League programs, the Little League International Board of Directors approved the restructuring of its baseball and softball programs, dissolving the Big League Baseball and Big League Softball divisions, and capping participation in the Little League program for children 16 years old.

“Little League strives to continue to find new ways to support communities around the world and provide a healthy, fun sporting experience for children around the world,” said Stephen D. Keener, Little League President and CEO. “Over the past few years, our Little League parents, volunteers, and local league and District Administrators have expressed that Little League can best serve their communities through efforts focusing on the youngest levels of the games, providing the structure and support, so that boys and girls can develop their on-field skills while learning valuable life lessons.”

Over the past decade, the landscape of youth sports, specifically youth baseball and softball, has shifted, where more opportunities exist for teenagers, especially for players 17 and 18 years old, than ever before. As such, Little League International, at the urging of its local league volunteers, parents, and constituents, began to look at the structure of its entire organization to ensure that it is providing the best support for its local Little League programs. Throughout the winter of 2016, Little League engaged its District Administrators and other local league volunteers in a biannual review of Little League rules and regulations, where an agenda item on restructuring the teenage divisions of the Little League Baseball® and Little League Softball® programs was discussed, and ultimately voted on. A majority of the voting body of volunteers approved the measure that Little League should restructure its teenage divisions, eliminating one level of play for both baseball and softball.

“Historically, the Big League divisions, and specifically participation of children 17 and 18 years old, has made up less than one percent of the entire Little League program, and has not seen any significant growth or decline over the past 15 years,” said Mr. Keener. “When thoroughly reviewing all our offerings, the Little League International Board of Directors felt that this restructuring was the best way to focus our efforts where the Little League program came make its most positive impact at the younger levels of the game.”

“For 15 years, the city of Bangor has been a wonderful host of the Senior League Baseball World Series, and words cannot express our sincere gratitude to our Tournament Director Mike Brooker, his fellow volunteers, and the entire city for their support,” said Stephen D. Keener, Little League President and CEO. “Equally, Easley has an incredible volunteer staff, led by Tournament Director Jon Humphrey, and support from the city. When reviewing both locations, Easley offers dormitory housing, with support from Clemson University, and is a more central location, with easier transportation options for all participants, families, and fans. This was an extremely difficult decisions given that both sites have fantastic facilities and volunteers that support our tournaments.”

Article Source and More Information HERE
Posted by The Baseball Barn at 9:30 AM