What Is The Best Way To Improve Pitching Mechanics So That Changes Stick? 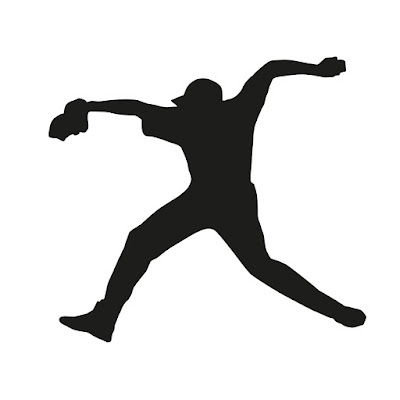 Improving pitching mechanics so that needed adjustments stick is challenging. Many pitchers, although they want to make changes in their mechanics and have good intentions, find that the improvements they hoped to make do not stick. So they revert back to their old way.

This is very common and probably occurs more often than not for many good reasons.  It’s the main reason why most pitchers do not improve during the off-season.

Many pitchers are not able to improve their pitching mechanics during the off-season because of the following reasons:

1. they are working on correcting the wrong mechanical fault

2. they work on too many aspects of pitching mechanics at a time

3. they do not do enough repetitions of the new way during each practice session

4. they don’t take enough time in between each new trial pitch so that the brain learns the new way

5. they do not use video feedback to see if the improvements are actually occurring

This article will address #4 in the above list and why not taking enough time in between each new trial pitch is one of the big reasons why changes to pitching mechanics don’t work.
This is also true for ball control.

I am sure you have seen many pitchers simply throw their practice bullpens in a “rapid fire” fashion throwing pitch after pitch without taking time in between. In fact if you watch most high school bullpens you will see that pitchers do not throw enough pitches to not only warm up properly but to prepare themselves for the first inning.

If enough pitches are not thrown with time taken in between each pitch then the pitcher will normally not have good ball control during the first part of the game. In fact, you may have seen this happen often. The pitcher just can’t seem to get through the first couple of innings before he is walking hitters or giving up too many hits and runs.

The problem is he just did not take enough time so that his brain was able to teach his body how to control the ball. The brain is in charge. Plus there is no such thing as muscle memory.

This is true in the case of baseball as well as other sports.

Most pitchers, as well as many coaches and instructors in my experience, do not understand that because pitching is such a highly skilled action that many more practice repetitions are required than most think.

If enough practice repetitions are not performed then relearning a new aspect of mechanics will not likely occur. Thus the pitcher reverts back to his old way. His mechanics nor his pitching velocity improve.  Many just get closer to an arm injury.

The same thinking goes into understanding that enough time must be taken in between pitches during practice trials in order for re-learning of the new way to occur.

Thus instead of throwing practice pitches one after the other, time should be taken in between each pitch. This time could be used to take a deep breath, look around, have some water and possibly think about the result that the pitcher wants to produce on the next practice pitch trial.

One thing we know about pitching is that one way to avoid fatigue during practice, which can deteriorate mechanics, is to take at least 20 seconds in between pitches so that the body can physically recover before throwing the next one. The muscles must have enough time to recharge.
Plus now that we know that by taking this additional time based on the study below, the pitcher creates two benefits – less fatigue and more learning.

The study below provides the evidence about this new way of learning.

It was advocated that after a practice trial of a skill, a learner should engage in some activity (not yet determined if that activity should be related or unrelated to the skill) before the next repetition of the skill.

Implication. For effective learning to occur between repetitions of learning trials there has to be a minimum amount of time to allow feedback from a trial to produce a learning effect. That effect does not seem to be modified to any great extent if between-trials activity is related or unrelated to what is being learned. This means that it is possible to repeat trials too close together. Such rapidity does not allow the full learning effects from each repetition to occur.

For example, when practicing basketball free throws, after each shot there should be some non-shooting activity (e.g., put the ball down, walk around the circle, recommence the pre-shot routine) before commencing the physical movement in the next trial.

There obviously is too short of a period and too long of a period that can occur between trials where learning is intended.

As a further example, when tennis players practice from behind a baseline and stroke at a rate of approximately one every two seconds, it is unlikely that effective learning will occur, that is shot accuracy and technique will not be improved. In that form of practice not only is one type of shot not developed because there are usually a variety of strokes played, but the lack of feedback utilization most probably will result in the player developing more consistency in performing both the good and bad strokes practiced rather than improving in any one class of stroke.

It is possible to practice repetitions at too fast a rate to the extent that feedback from one practice trial cannot be used to influence the performance of the next trial. Without that utilization learning will not occur optimally.

So it is important to make changes in pitching mechanics during the off-season to improve pitching velocity, ball control while also reducing the risk of arm injuries.

The key to making permanent changes that stick is to first of all find the correct mechanical fault, to do enough repetitions of the new way while enough taking time in between pitches do that new learning occurs.  Plus coaches should be videotaping so that the pitcher gains valuable feedback on whether he is actually improving or not.

Article Source: Pitching.com
Posted by The Baseball Barn at 10:00 AM No comments:

Role And Function Of The Hips When Hitting - The Baseball Barn


Coach Rich goes over how to properly use your hips for power and bat speed. See more at http://www.vvbaseballbarn.com
Posted by The Baseball Barn at 11:00 AM No comments:

Mike Zunino on his Favorite Thing to do in Baseball


Mariners catcher Mike Zunino says he likes hitting home runs but he loves catching would-be basestealers
Posted by The Baseball Barn at 11:30 AM No comments:


Coach Rich goes over some of the key training equipment used at the Baseball Barn. See more at http://www.vvbaseballbarn.com
Posted by The Baseball Barn at 12:00 PM No comments:

Nutrition Tip: Refueling After the Game


In this week's Nutrition Tip, Nina explains the importance of refueling after practices and games!
Posted by The Baseball Barn at 11:00 AM No comments:

Start Early And Go Slow - Key To Timing The Pitch


Coach Rich goes over some timing and tempo issues you may behaving. How to get yourself into a better position at Launch before the ball gets to your front foot, but not too early.

See more at http://www.vvbaseballbarn.com
Posted by The Baseball Barn at 8:30 AM No comments:


As a four-year-old in Venezuela, Salvador Perez had no idea he would become a professional baseball player. He just played for fun. Now, he's a World Series MVP.
Posted by The Baseball Barn at 10:34 AM No comments:

Dropping The Hands - How To Fix Your Baseball Swing


Coach Rich goes over some instances where players are dropping their hands and the fix. See more at http://www.vvbaseballbarn.com
Posted by The Baseball Barn at 12:17 PM No comments:

Nutrition Tip of the Week: Eating Before Games


In this Nutrition Tip of the Week, Min explains the importance of eating before games!
Posted by The Baseball Barn at 9:00 AM No comments:

Rotate Then Elevate To Maximize Your Baseball Swing


Coach Rich goes over the importance of starting the rotation prior to elevating the front shoulder. See more at http://www.vvbaseballbarn.com
Posted by The Baseball Barn at 9:00 AM No comments: