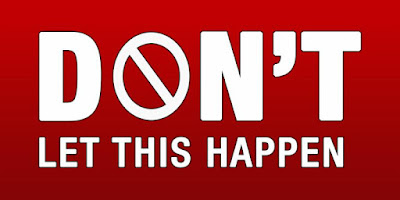 At Little League® International in Williamsport, Pa., and at our Regional Offices, calls and emails come in all year long about situations that are happening at one of our 7,000 local leagues. Many of these calls and emails inform us of some very positive initiatives spearheaded by our millions of volunteers. However, there are also negative situations.
"Don't Let This Happen to Your League" details a real-world scenario, how it has impacted a league, and how you might learn from it.

The names have been omitted in the following scenario, but the situation is real.

The Situation:
A local Little League program's Opening Day Planning Committee has organized a wide variety of fun, family-oriented activities for the players, families, and volunteers as part of its Opening Day festivities.

A young boy slipped as he was getting on one of the mechanical/carnival rides, cutting the back of his head and sustaining a concussion. Nearby in the bounce house, a young girl became tangled in the mesh netting and broke her arm. In each case, the family took the child to the emergency room. Since it was a league function, the Board of Directors submitted the injury claim through their group insurance, expecting the claims to be covered under the league's accident policy.

The Outcome:
When the league submitted the two claims to Little League International, both were denied by the insurance carrier. The reason given for the claim denials was that the bounce house and mechanical/carnival rides were not covered by the group accident and general liability insurance for local Little Leagues even though the mini-carnival was a part of the Opening Day event. In each case, the families sued the league for medical expenses. Eventually, the league settled with the families, and the amount of the settlements came to several thousand dollars which were paid out of the local league's funds due to specific exclusions in the insurance policies.
In the first season following the settlements, the league was crippled by the unexpected outlay of funds from their league account. Player enrollment was directly impacted by the league having to increase its participation fee by 50 percent and suspending its player scholarship program for families unable to afford to pay the participation fee. Enrollment dropped from approximately 350 participants to less than 250, and the league could not afford to enter any teams into postseason tournaments for the next two seasons.
Article Source
Posted by The Baseball Barn at 9:00 AM