How to Increase Power in a Baseball or Fastpitch Swing


Coach Rich explains the importance of a weight shift in your swing either with, or without a stride to crete ground force and torque to increase bat speed and power.

See more at http://www.vvbaseballbarn.com
Posted by The Baseball Barn at 1:54 PM No comments:

The Top Hand-swinging up too much or rolling the wrists early?


Coach Rich goes over the importance of not rolling your wrists early or swinging up "too" much and how to utilize the top hand better. 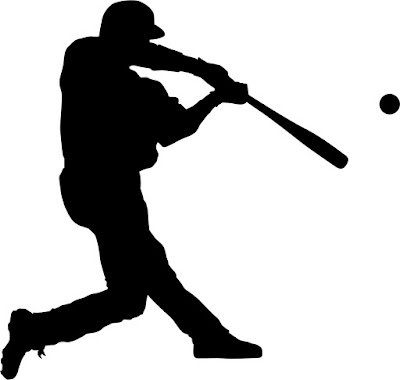 Come in and get a great hitting workout with our staff throwing soft toss in our hitting tunnels. A great way to get swings in for a very low cost!

Open Hitting is limited to 30 people per day. Cost $10 per session.
Posted by The Baseball Barn at 9:00 AM No comments:


Coach Rich gives a walking tour and description of some new additions to The Baseball Barn.

What's Inside a Baseball Base?


Watch as a baseball base from Comerica Park in Detroit Michigan is cut in half to see what's inside. This bag was used when the Tigers played the New York Yankees!
Posted by The Baseball Barn at 9:49 AM No comments:

Hips & Power/Timing: How do the hips really create bat speed and power?

How To Improve Pitching Velocity And Fastball Command 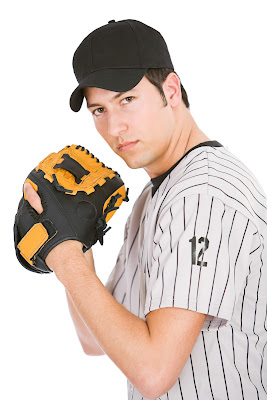 Many pitchers spend far too much time on control and thus sacrifice pitching velocity.  But you don’t need to sacrifice velocity in order to gain control.

A pitcher should never slow down his delivery in order to gain ball control. Yet, many coaches recommend that pitchers do that and that is one of the biggest causes of a lack of pitching velocity.

To gain more pitching velocity pitchers must train themselves to throw at a higher intensity more often. That is the only way the body will learn who to create more intensity and thus more velocity.

Fastball command is one of the biggest keys to pitching success.  That means you want to be able to throw “pitcher’s strikes” rather than “hitter’s strikes.”

A pitcher’s strike is a well located fastball where you stay away from the middle of the plate and away from about belt high.  And sometimes it is a ball that is located just off the plate but looks like a strike to the hitter.

As Pedro Martinez used to say:  “Get ahead with strikes and get ’em out with balls.”

For Little League or youth pitchers, I suggest splitting the plate in half and throwing to the outer half.  Once that is consistent, move on to pitching to the inner half.

A fastball thrown down and away is the most difficult pitch for a hitter.  Ted Williams and Barry Bonds, two of the games greatest hitters, only hit about .230 when pitches were located there.

But you must be able to locate the ball for a strike on the inner half as well.  That inside fastball looks much faster than the ball throw down and away.  So to be successful as a pitcher you must be able to locate the ball away from the middle of the plate while keeping the ball down.  For a youth pitcher practice should be initially about keeping the ball down.  Belt high pitchers are easy for even youth hitters to hit.  Once you can keep the ball down then work on the outer half of the plate.

Two things determine whether a pitcher has good control or not.  The first is mechanics. If your mechanics are poor or inconsistent then good control will be tough to learn.

The second factor is practice.  We of course recommend “blocked over-practice bullpens” where you focus on throwing the same pitch to the same location over and over using several blocked sets of 5-8 pitches.  This method helps train both the brain and the body how to locate to those specific locations because there is a goal for each pitch.

Not throwing enough pitches at game intensity is why so many pitchers never gain command of their fastball or the strike zone.

CAUTION: Do not work on control and sacrifice velocity.  Velocity must be worked on at the same time you are working on ball control.  Remember this – the faster you move the less chance of mechanical error.

Don’t Slow Down Your Delivery To Improve Ball Control

This is where most youth and high school pitchers go wrong.  They slow down their level of intensity to just “throw a strike”.  Big, big mistake.  Doing that simply teaches the body to move slower and thus you are teaching the body to throw slower.  When you want to locate your best fastball, it will be difficult because your brain has taught your body to move slower to locate your best fastball.

The brain learns only what you teach it.  Movement speed is a learned skill.  If you want to locate your best fastball you must teach your body to move at a high level of intensity moving all your forces toward the target.

If youth pitchers focus on one location initially, keeping the ball down, and then on the outer half and then eventually the inner half, and do that during each practice bullpen, they will have success.
Watch and see which pitches get hit the most. Those down the middle and belt high.

Once you can locate inner and outer half and keep the ball down, then practice throwing the ball just above the hands.  This skill is valuable when you are ahead in the count 0-2 or 1-2. Or even 2-2.

This is called “changing eye level.”  You throw a pitch down and then the next one a bit higher.  When you move the ball you also move the hitter’s eye from low to high. This is a tough adjustment for a hitter and makes it difficult for the hitter to lay off of that pitch.

But that above the hands fastball or the letter high fastball must be practiced regularly and be part of every bullpen… if you expect to use it in a game.

Have you noticed how many MLB pitchers are not able to throw a letter high fastball?  Normally they throw it much too high and the hitter of course takes it for a ball.

This is because most MLB pitchers are not throwing enough high fastballs during their bullpens. They might throw 2 or 3, but not blocked sets of letter high fastballs.  Thus the pitcher never learns to command their fastball letter high.

So if you want better command of all your pitches you must first improve your mechanics. Once you can land with good lower body stability while directing all your forces toward the target you can then teach yourself how to command your fastball.  Once you do that and learn how to change speeds you will make most hitters very uncomfortable and become a very successful pitcher.

Every practice session is an opportunity to improve some aspect of your pitching skills. You will only learn what you practice.  Make sure that before every bullpen or practice throwing session that you warm-up your arm properly in order to aid performance and reduce the risk of injury.

Article Source: Pitching.com
Posted by The Baseball Barn at 4:38 PM No comments:


Coach Rich goes over the advantages and importance of creating weight shift in your approach.

See more at http://www.vvbaseballbarn.com
Posted by The Baseball Barn at 2:02 PM No comments:

Between Innings - Owning The Wall


The best defenders in the game own the wall. Adam Jones is one of them. He describes how to judge a fly ball as it nears the wall.
Posted by The Baseball Barn at 1:15 PM No comments:

Is Your Back Elbow Keeping You from Hitting to Your Potential?


Coach Rich goes over the proper way for the back elbow to "slot" to your side and prevent extreme shoulder tilt.