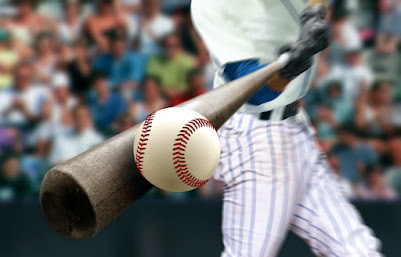 There are several historic instances of people catching, or attempting to catch, baseballs tied to MLB milestones:

Posted by The Baseball Barn at 5:12 AM No comments:

More Than One Baseball? 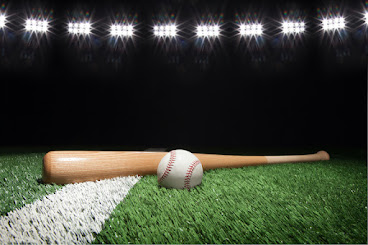 There are different types of baseballs used.

Baseball or Hard baseball – Ordinary baseball which is used in Major League Baseball, in Japan is used in high school baseball and above for (hardball) baseball, referred to as hardball or baseball

Rubber baseball aka Nanshiki – Used for rubberball baseball usually played prior to high school in Japan; sometimes referred to as Japanese rubber baseball

Soft (compression) baseball – Used for batting practice and fielding training or softball baseball which can be safely played indoors, usually made from polyurethane (PU) material

Posted by The Baseball Barn at 5:10 AM No comments:

Baseballs, Did You Know? 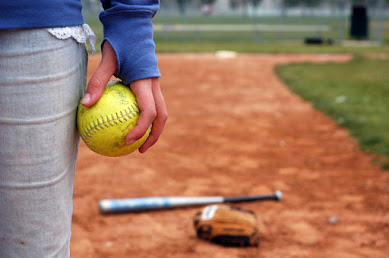 Cushioned wood cores were patented in the late 19th century by sports equipment manufacturer Spalding, the company founded by former baseball star A.G. Spalding. In recent years, various synthetic materials have been used to create baseballs; however, they are generally considered lower quality, stitched with two red thick thread, and are not used in the major leagues. Using different types of materials affects the performance of the baseball. Generally a tighter-wound baseball will leave the bat faster, and fly farther. Since the baseballs used today are wound tighter than in previous years, notably the dead-ball era that prevailed through 1920, people often say the ball is "juiced". The height of the seams also affects how well a pitcher can pitch.

Baseballs used in MLB and the top minor leagues (AAA) are made to the same specifications, but labelled separately. Balls used in the lower minor leagues (up to AA) use slightly different specifications intended to make those balls somewhat more durable, although MLB pitchers on rehab assignments in the minors are usually supplied with major league-grade balls. Generally, in Little League through college leagues, the seams are markedly higher than balls used in professional leagues.

Baseballs cost three dollars each in 1900, a unit price which would be equal to $98 today. Due to their high relative cost, club owners in the early 20th century were reluctant to spend much money on new balls if not necessary. It was not unusual for a single baseball to last an entire game, nor for a baseball to be reused for the next game especially if it was still in relatively good condition as would likely be the case for a ball introduced late in the game. Balls hit into the stands were retrieved by team employees in order to be put back in play, as is still done today in some other sports. Over the course of a game, a typical ball would become discolored due to dirt, and often tobacco juice and other materials applied by players; damage would also occur, causing slight rips and seam bursts. This would lower the offense during the games giving pitchers an advantage. However, after the 1920 death of batter Ray Chapman after being hit in the head by a pitch, perhaps due to his difficulty in seeing the ball during twilight, an effort was made to replace dirty or worn baseballs. However, some rules intended solely to reduce the frequency (and associated expense) with which balls need to be replaced during a game remain in force - the Pine Tar Incident in the 1980s was one famous occurrence directly resulting from the enforcement of such a rule.

Today, MLB teams are required to have a minimum of 156 baseballs ready for use in each game. When combined with baseballs needed for practice, etc. each MLB team uses tens of thousands of balls every season. However, modern professional-grade baseballs purchased in bulk as is the case with professional teams only cost about seven dollars each as of 2023 and thus make up a negligible portion of a modern MLB team's operating budget. Recreational-grade baseballs can be purchased by the public for an even lower unit price.

Posted by The Baseball Barn at 10:54 AM No comments:

History of the Baseball 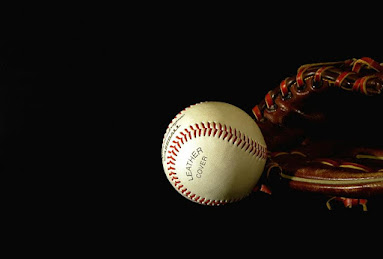 In the early, mid-1800s days of baseball, there was a great variety in the size, shape, weight, and manufacturing of baseballs. Early baseballs were made from a rubber core from old, melted shoes, wrapped in yarn and leather. Fish eyes were also used as cores in some places. Pitchers usually made their own balls, which were used throughout the game, softening and coming unraveled as the game went on. One of the more popular earlier ball designs was the "lemon peel ball," named after its distinct four lines of stitching design. Lemon peel balls were darker, smaller, and weighed less than other baseballs, prompting them to travel further and bounce higher, causing very high-scoring games.

In the mid-1850s, teams in and around New York met in an attempt to standardize the baseball. They decided to regulate the weight of baseballs at 51⁄2–6 oz, and with a circumference of 8–11 inches. There were still many variations of baseballs since they were completely handmade. Balls with more rubber and a tighter winding went further and faster (known as "live balls"), and balls with less rubber and a looser winding (known as "dead balls") did not travel as far or fast. This is generally true for all baseballs. Teams often used this knowledge to their advantage, as players from the team usually manufactured their own baseballs to use in games.

There is no agreement on who invented the commonplace figure-8 stitching on baseballs. Some historians say it was invented by Ellis Drake, a shoemaker's son, to make the cover stronger and more durable. Others say it was invented by Colonel William A. Cutler and sold to William Harwood in 1858. Harwood built the nation's first baseball factory in Natick, Massachusetts, and was the first to popularize and mass-produce baseballs with the figure-8 design.

In 1876, the National League (NL) was created, and standard rules and regulations were put in place. A.G. Spalding, a well-known baseball pitcher who made his own balls, convinced the NL to adopt his ball as the official baseball for the NL. It remained that way for a century.

In 1910, the cork-core ball was introduced. They outlasted rubber core baseballs; and for the first few years they were used, balls were hit farther and faster than rubber core balls. It eventually went back to normal. Pitchers adapted with the use of the spitball, which is now illegal, and an emphasis on changing the ball.

In 1920, a couple of important changes were made to baseballs. They began to be made using machine winders and a higher grade of yarn from Australia. Although there was no evidence that these balls impacted the game, offensive statistics rose throughout the 1920s, and players and fans alike believed the new balls helped batters hit the ball farther.

In 1925, Milton Reach patented his "cushion cork" center. It was a cork core surrounded by black rubber, then another layer of red rubber.

In 1934, The National League and American League came to a compromise and standardized the baseball. They agreed on a cushion cork center; two wrappings of yarn; a special rubber cement coating; two more wrappings of yarn; and, finally, a horsehide cover.

Baseballs have gone through only a few small changes since the compromise. During World War II, the United States banned the use of rubber for non war-related goods, including for baseballs. So in 1943, instead of using rubber, baseballs were made with rubber-like shells of balata (also used in golf balls), which is obtained from a particular type of tropical tree. Hitting declined significantly that year.

The introduction of synthetic rubber in 1944 resulted in baseballs' returning to normal. Offense would return to normal after the change back to the regular ball and return of players from active duty.

In 1974, due to a shortage of the material, horsehide was replaced by the more abundant cowhide as the cover material.

In 1976, MLB ended its relationship with Spalding for manufacturing their baseballs and switched to Rawlings, which still provides the balls to MLB today.

A significant increase in the number of home runs since the start of the 2016 baseball season caused MLB officials to establish a committee that would examine the manufacturing process. In December 2019, MLB officials said that a lower stitching seam profile had most likely led to the increase in home runs, but also pledged to consider studying the issue. On February 5, 2021, MLB issued a memo that said that Rawlings had altered their manufacturing process to reduce the bounce in the balls and that after extensive testing, "... we are comfortable that these baseballs meet all of our performance specifications." The same memo also noted that more teams had applied for permission to use humidors to store their baseballs. As of 2020 only the Arizona Diamondbacks, Boston Red Sox, Colorado Rockies, and Seattle Mariners, were using the devices.

Posted by The Baseball Barn at 5:36 AM No comments:

Baseball vs Softball Swing - Are they the same? - Coach Rich Lovell Expl... 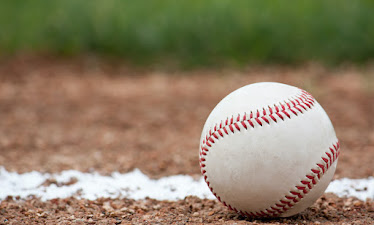 The leather cover is commonly formed from two saddle-shaped pieces stitched together, typically with red-dyed thread. That stitching plays a significant role in the trajectory of a thrown baseball due to the drag caused by the interaction between the stitching and the air. Controlling the orientation of the stitches and the speed of the ball's rotation allows a pitcher to affect the behavior of the pitched ball in specific ways. Commonly employed pitches include the curveball, the slider, the two-seam fastball, the four-seam fastball, the sinker, the cutter and the changeup.

Posted by The Baseball Barn at 5:53 AM No comments: